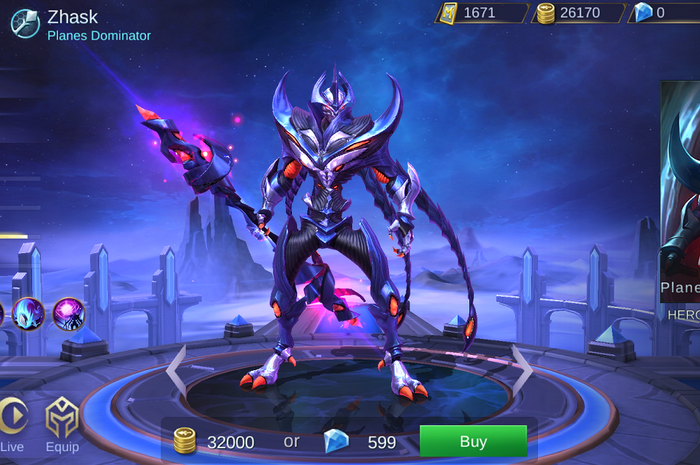 GridGames.ID – After its popularity declined, Mobile Legends took a solution to revamp all the skills of the Mage hero, Zhask.

Zhask is counted as a hero who has a medium HP limit, so this hero is very vulnerable and has been killed by the opponent.

Once revamped, Zhask can deal massive damage with Nightmaric Spawn and keep himself alive on the battlefield.

Immediately, this is the explanation of Zhask’s skill after being revamped.

Then, what other skills are there?

Every 2 basic attacks release a Death Ray to the opponent’s target that is hit continuously for a short time, causing a slow effect.

Zhask fires a Penetrating Mental Missile in a designated direction, dealing Magic Damage to enemies in its path.

Nightmaric Spawn will throw Mind Eater once, if both hit the same target, the target will be stunned.

Zhask unleashed the Swarm of Nightmaric Clones in the designated direction. The clones will explode and deal Magic Damage to enemies that touch them and reduce their movement speed.

If the Nightmaric Clones don’t find a target, they will dig into the ground and ambush any passing opponents. Zhask will greatly increase the power of the Nightmaric Spawn and increase all its attributes. The upgrade will increase along with the skill level.

If you use this skill again, then Zhask will immediately be released from Nightmaric Spawn and no longer get the effect of increasing his skill.

After his skills were revamped, Zhask began to appear again in various modes, and not infrequently he also appeared in rank mode.