Jakarta, 15 May 2022 – Game publisher, YoPlay, today launched a new game on Google Playstore “Duel of Kings”, a game in the Multiplayer Battle Arena category that challenges gamers to hone strategies to defeat enemies and become the strongest king. Using a medieval setting with realistic graphics, equally strong and balanced character elements, and addictive gameplay, game lovers are certainly worth waiting for. Based on fun yet easy-to-learn gameplay, Duel of Kings is suitable for gamers from all walks of life. 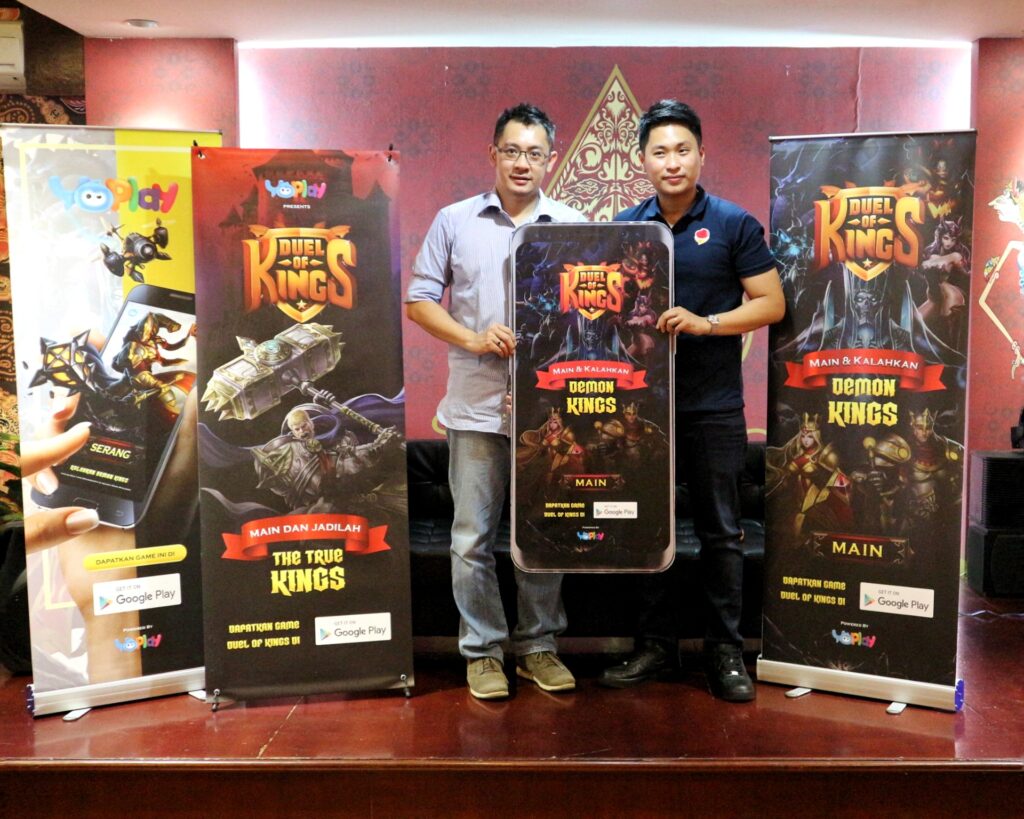 “We believe that quality game visuals supported by realistic graphics will make the gaming experience feel more real. It feels like real fighting. In addition, in the Multiplayer Battle Arena type of game, the elements of the same strong character will certainly make the battle more exciting and encourage gamers to continue playing providing a commensurate resistance strategy. These are the experiences that we hope gamers can enjoy while playing Duel of Kings.” said Indra Gunawan, Game Director YoPlay.

Duel of Kings will place two kings in the duel arena. This timeless battle will be won by the king with the best strategy. The strategy to defeat the enemy will be supported by the use of heroes obtained through collecting crystal points. Heroes can be optimized through the purchase of coins. That way, players can find out more about the best abilities that heroes have. These 48 heroes who are ready to fight are representatives of 12 types of races, namely Holy, Human, Fairy, Mecha, Polar, Dungeon, Demon, Undead, Nature, Ocean, Nomad, and Beast.

To create a more lively, competitive, and challenging game environment, Duel of Kings features 4 battle modes, namely Rank Match, Rank Team Up, PvP, and PvP Team Up. In addition to holding weekly tournaments to find the strongest king, Duel of Kings will soon feature offline tournaments with fantastic prizes. Supported by this series of activities, Duel of Kings is targeted to get more than 3 million downloads in the next 12 months.