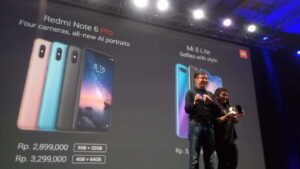 The Xiaomi Redmi Note 6 Pro has a Qualcomm SDM636 Snapdragon 636 CPU with a capacity of 64 GB, 4/6 GB RAM or 32 GB, 3 GB of RAM is guaranteed to be really good for playing games, especially the 6.26-inch IPS LCD capacitive touchscreen (1080 x 2280 pixels, 403 ppi) which is not only wide but also sharp, about graphics? This device is equipped with an Adreno 509 GPU graphics card so you don’t need to be afraid of lag, the graphics are guaranteed to be smooth.

But the main surprise is not that, because the Xiaomi Redmi Note 6 Pro has 4 cameras with dual cameras, each with a resolution of 12 MP with f/1.9 and 5 MP with f/2.0. Whereas 20 MP front camera with f/2.0 and the other with a 2 MP resolution with a depth sensor, WOW! It’s really suitable for those of you who like livestreaming, especially since this Xiaomi Redmi Note 6 Pro has AI that makes your photos sharper, just about photos, it’s guaranteed to be really good. 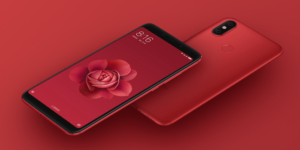 With the addition of Android 8.1 (Oreo) and MIUI 10, the Xiaomi Redmi Note 6 Pro is sold in Indonesia at a price of only 2 million, even the official price is the cheapest compared to other countries.

So, how is it? Interested in replacing your smartphone?