Both of them have made a total of 9 points from 3 games and are unbeaten.

Also Read: These are the 5 Mobile Legends Players with the Most Kills in M2

Being one level below EVOS and Alter Ego, there is a Belletron Era team with 7 points.

Even though Belletron Era is also unbeaten, the ML Ladies BTR team had a chance to get a draw when they met Siren Moon (1-1) on the last day.

Tight competition is not only at the top, but also at the bottom of the standings.

Ngid Aiko and Artemis Aster have not scored any points in the first week of WSL S2.

After going through three matches, both teams often experience defeats.

Also Read: These are the 5 Most Chosen Mobile Legends Heroes in M2 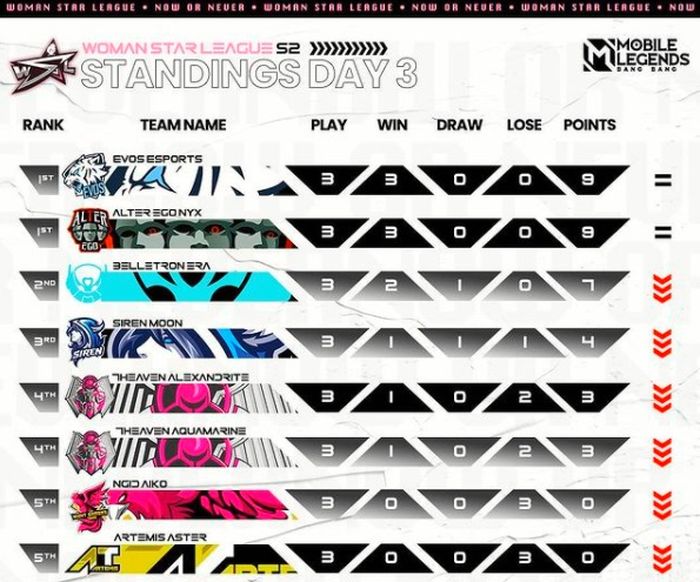 The second week of WSL Masters will be held again starting Friday, May 5, 2022.

All matches can be watched live streaming via the Woman Star League YouTube channel.

So, GG friends, who is your favorite team in WSL Masters this time?