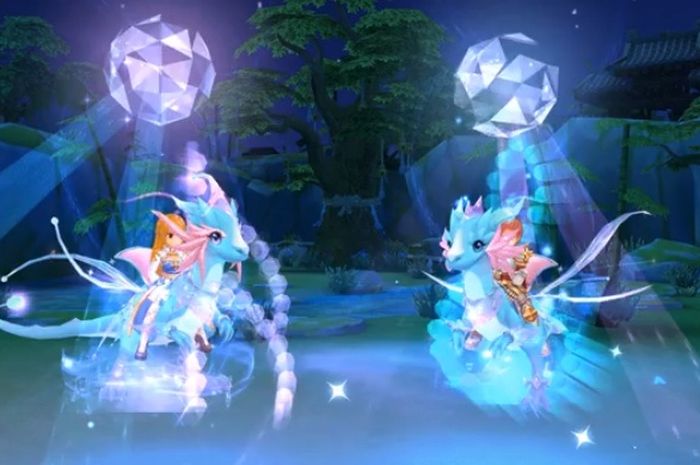 GridGames.ID – After auctioning off the Mount Key of Heaven some time ago, now Ragnarok M: Eternal Love brings back a Mount at the Auction House called Windperch Wyvern – Glimmer.

Windperch Wyvern – This Glimmer is the first Mount that can dance in Rune Midgard, it can even allow other players in the vicinity to hear music that restores Combat Time.

Also Read: Goblin Spring Celebration Becomes the Theme of the May Event at Ragnarok M

This mount was presented in conjunction with the Music Concert Live in SEA which was held on May 20-21 in Bangkok, May 27 in Manila, and May 5 in Jakarta.

Windperch Wyvern – Glimmer itself is a Mount in the form of a cute light blue Dragon.

With Windperch Wyvern – Glimmer, movement speed will increase by 50% and this Mount can use Heart Phantom skill.

The plan is for this Mount to start with an auction price of 66.66 million Zeny, and an Exchange price of 111.1 million Zeny is listed.

In addition to the Windperch Wyvern – Glimmer, there are various cards, as well as the Costume Unit-01 which will be present at the Auction House on May 12, 2022.