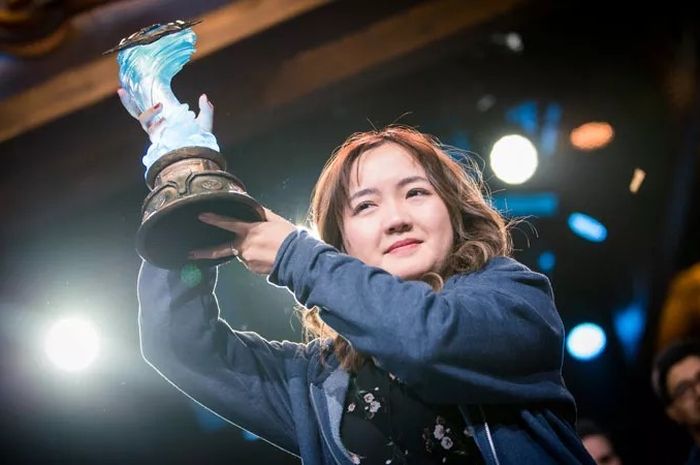 VKLiooon succeeded in becoming the first woman to win the title at the Hearthstone Grandmasters Global Finals which was held at BlizzCon 2022, 1-3 November.

She also became the first woman to win a Major at BlizzCon.

Receiving the highest prize at the event, Li looked very emotional on the main stage of BlizzCon.

Not to mention the cheers of the audience who were getting crazier because history and new records had been born at the event.

In his brief remarks, Li briefly told the story of how he started playing the game.

Li said he started playing Heartstone about three years ago.

Reported from UK TelegraphAt that time he was still a student majoring in political science and law.

While crying, Li recounted the incident about 2 years ago when he first participated in a major tournament.

Also Read: Here Are Some Jobs in the eSports Field that You Can Choose

He was waiting in line to register when a man started to belittle him.

“You are a woman, you shouldn’t be at this event. This is not the place for you,” the man told Li.

Gaining the contempt of others, Li has grown over the years.

Also Read: This One CS:GO Team All Members Are Over 60 Years Old

The climax is at this year’s Hearthstone Grandmasters Global Finals.

To all women, Li also had time to say,

“To all the girls out there who dream of succeeding in esports competitions. Fight. If you want to do it and believe in your abilities, forget for a moment what gender you are and conquer the world.” said VKLiooon.

For Li, this was the best way to repay people’s disdain for him.

Also Read: After Retiring From Dota 2, N0tail Will Focus On Environmental Activities

He wanted to prove that women can also be strong and successful pro-players.

No half-hearted, Li managed to win by a landslide with a final score of 3-0.

With this he is entitled to take home the most prestigious Hearthstone trophy as well as cash of $ 200,000 or around Rp. 2.8 billion.