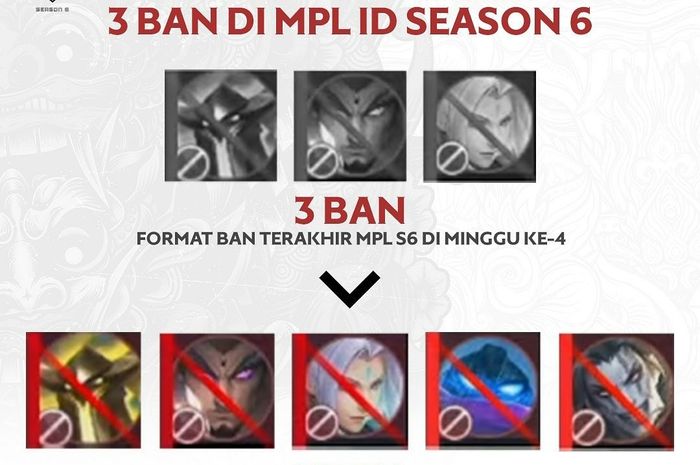 Moonton as the organizer of this tournament announced that starting next week the tire format will change.

Changes that occur in the format of the ban this time are the number of heroes that are banned, where previously there were 3 and starting next week it will be 5.

That means, starting the fifth week which will be held next week, the number of hero tires will change to 5.

Moonton himself revealed the reason for the change in the number of hero tires on the official MPL ID Instagram social media.

“In order to develop the strategy of the teams from MPL ID S6, later in the 5th week, 5 tires will be used,” he wrote.

So, in the current fourth week, this is the last week for players to use 3 hero tires.