However, leaks regarding the next update have been reported by its developer Eric Barone (known as ConcernedApe).

If you’re a seasoned player thinking of starting a new farm when 1.5 comes out, I’d like to highlight a couple of new features. There will be a new farm type, “Beach Farm”, and a new “Advanced Game Options” menu, from which you can adjust some aspects of the game: pic.twitter.com/iMnw2uGLEO

The update version 1.5 will introduce a new type of farm set in the beach.

So you can build a sandy dream home complete with palm trees, coconuts and a river flowing over it. 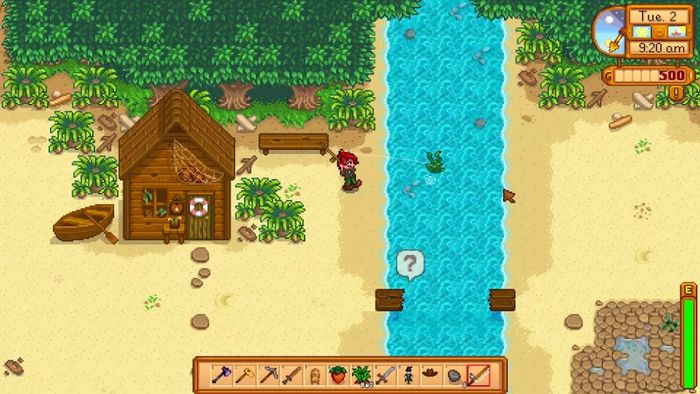 Barone also shared a screenshot of the new creation menu that appears when you start the game.

And now, you can find the Beach Farm option in the main menu and the game structure can be adjusted, such as being able to remix Community Center and Mine Rewards bundles.

In addition, you can also have the choice of whether you want to bring up monsters on the farm or not.

There’s also a “Guarantee Year 1 Completable” option which means you can collect all the items you need to complete the Community Center bundle without having to wait for the second year to get the missing items.

Interestingly, the developer also confirmed through the comments column that this latest update will be available for PC this year.

for PC, yes very likely. For Console, early next year

But for the mobile and console versions, the update will be around 2022.