Every year, BEKRAF in collaboration with IDEA NETWORK routinely holds a “Lebaran” event for gamers. The event, called BEKRAF GAME PRIME, has the concept of Gaming Evolved, which is enlivened by all levels of the game industry, from game lovers, local game developers, eCommerce, gamer communities to companies active in the Indonesian game world.

This year, Game Prime also brought esports as one of its main events, and picked up one of the mobile game titles that are quite loved by teenagers in Indonesia. Because they want to give the best, 8 professional teams are invited to compete for prizes worth IDR 20,000,000.

The eight teams that have been invited are 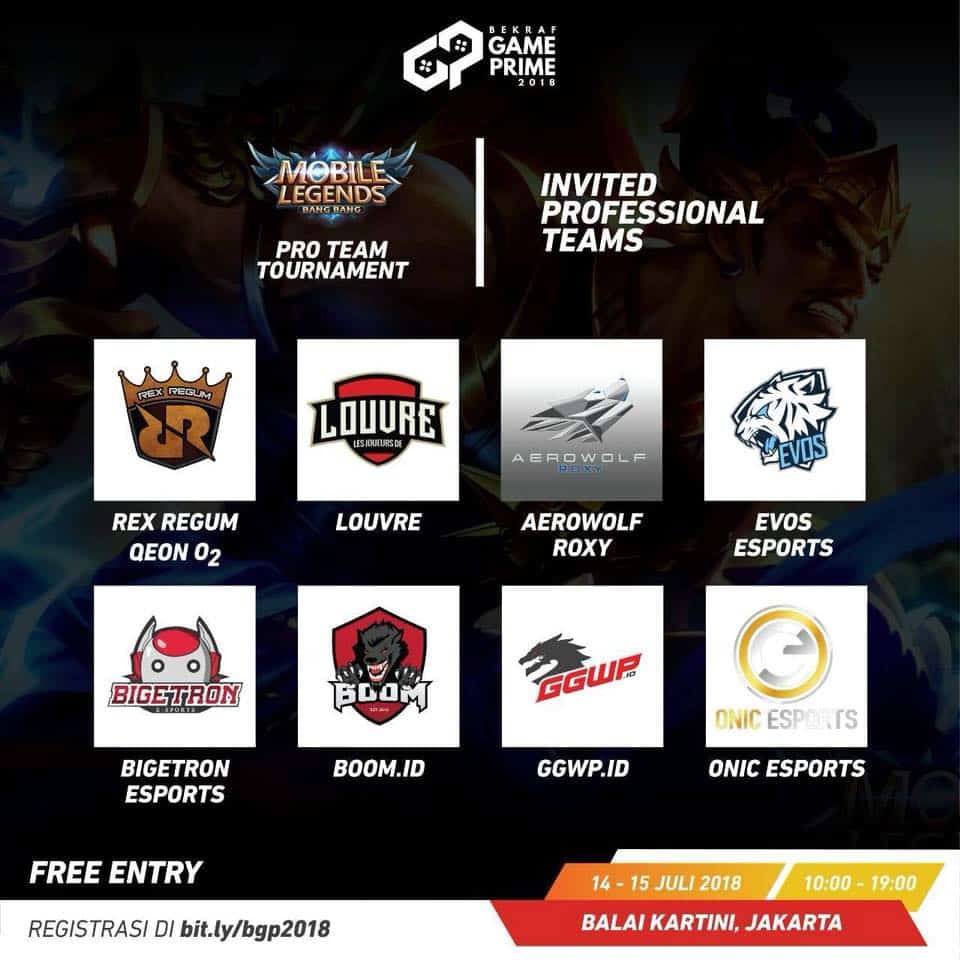 In the Grand Final which took place in the best of 5 format which lasted until late at night and just started at 21:30, the RRQ O2 and AEROWOLF ROXY teams were required to continue to focus and maintain stamina. After a day of fighting in the preliminary round to make it to the final. However, with solid tactics and teamwork, RRQ 02 finally managed to beat Aerowolf with a final score of 3-1. With these results, Aerowolf Roxy automatically became the runner up in the Bekraf Game Prime Mobile Legends Invitation Tournament

Here are the full results of the 2022 Prime Mobile Legends Invitational Game tournament:

Congratulations to the winners! And Good Game Well Played for all participants.