Have you ever been angry with carry and ended up being bullied because the map was not opened? This time the mobileague team wants to share tips presented by one of the Indonesian ladies gamers who has the nickname “Fayrisha” from Garuda Halcyon. Before going any further, Fayrisha explained that mapping is placing a trap position on the halcyonfold map so that the map can be opened.

For those who don’t understand the function of Maping itself, Fayrisha explained that its function is so that the roamer can monitor his carry whether in the jungle or in the lane. So, when the situation is pressed or the enemy is on the way to carry from our team, we can find out about it. After that, our team can immediately determine the next step, either by heading to the scene as soon as possible, to battle or even help to secure the carry in order to avoid harm.

In this map that has been created, Fayrisha who is a member of Garuda Halcyon, divides the position of the Trap placement in 4 colors, namely red, blue, yellow and pink. Things like this we usually see in DotA2 games which have rewards for being able to spy on areas in the match, and seeing them in mobile games is really a very interesting thing. 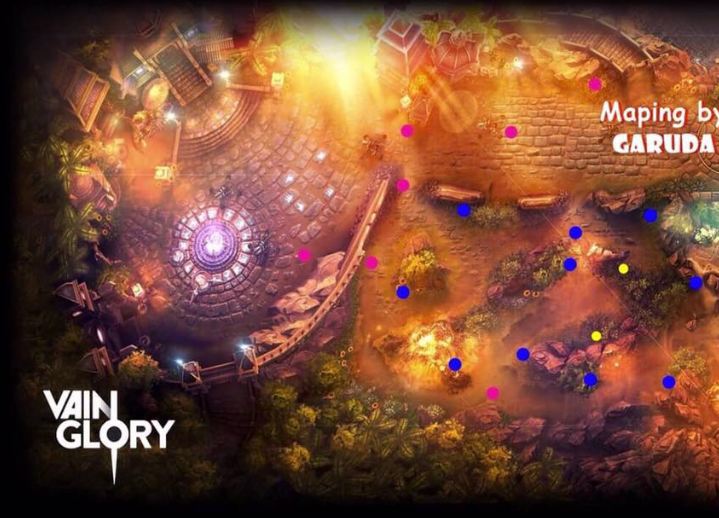 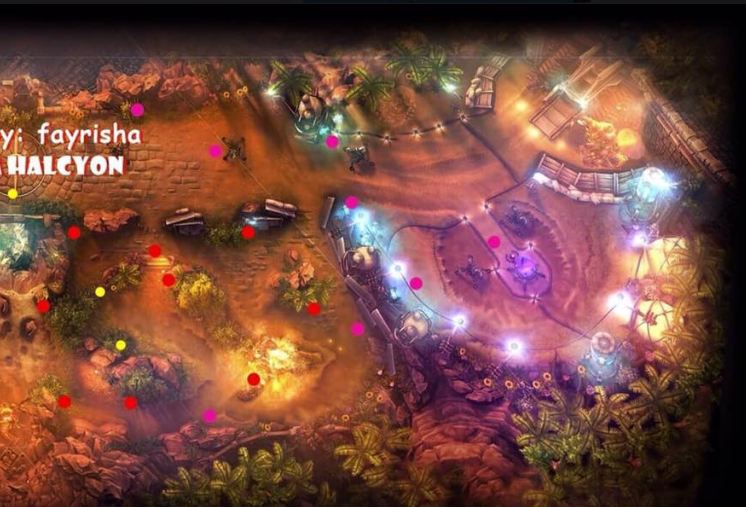 The explanation of the colors made by Fayrisha is as follows

Blue and Red : the placement of each team’s trap from the beginning of the game to the middle of the match, this is very helpful if the roamer wants to release the carry or jungle or lane alone, with the aim of speeding up character leveling.
Yellow: placement in this color is intended to provoke the opposing team who wants to destroy the trap
Pink: placement of traps in the late game in a state of defeat with each team in the remaining crystal position, watch out for heroes who can penetrate the wall and disappear *lyra, flicker, taka, joule, baron, kestrel, glaive.

For those who don’t understand the function of Maping itself, Fayrisha explained that its function is so that the roamer can monitor his carry whether in the jungle or in the lane.

okay, that’s all the mapping info from Fayrisha, Garuda Halcyon. For those of you who want to know more about these ladies gamers, you can directly check the fanpage in the following photo