Games with the Hack and Slash genre that are ready to shake your smartphone, feel the sensation of slaughtering monsters on the battlefield and become the King!! Dragon Samurai is a 3D Action RPG genre game created and published by Finger Motion. This HACK and SLASH genre game has an interesting storyline that can take you to an adventure in an extraordinary monster World and disrupt Dragon Samurai. Here you can find various mysterious Artifacts to help face Bosses, Dungeons, and PvP Arenas.

No need to be afraid to play alone and fight without help, you can gather your friends and everyone to join your guild then unite to crush your opponent!!
Become the King of the Battlefield by exploring and paving the way to increase your fighting power. 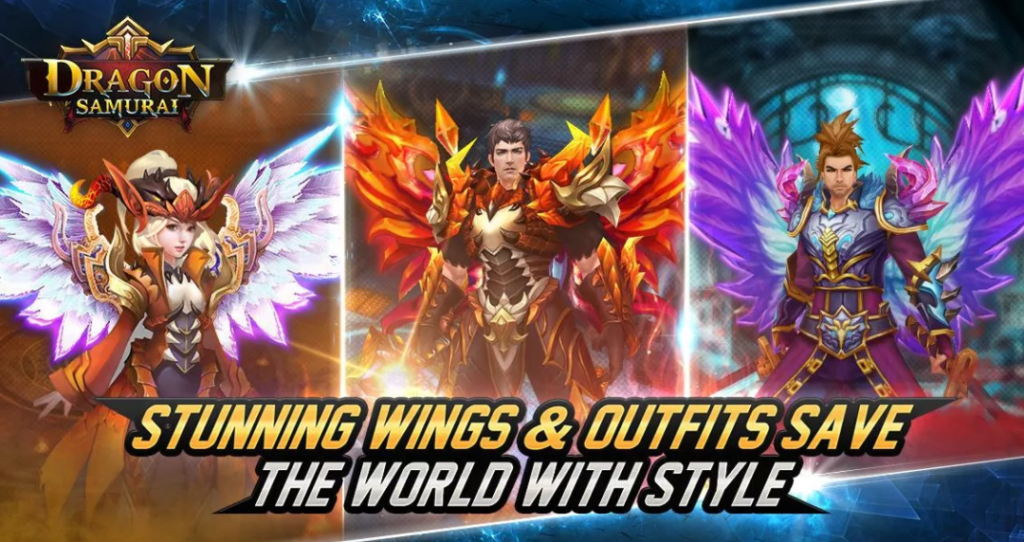 • Unmatched exciting battles packaged in a 3D Action RPG format but easy to master
• Battle with your friends in an attractive Multiplayer system, as well as a Guild that will help you in each of your adventures.
• First-class graphics that will make your smartphone even more special. So what are you waiting for, join and beat Dragon Samurai with your friends!!! 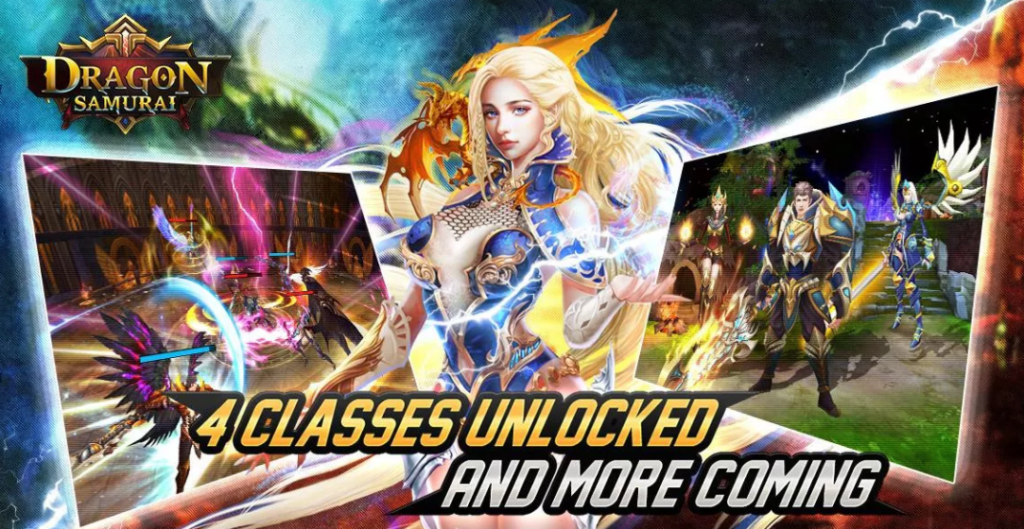 A. Vanguard
A matchless knight with a sword that will tear apart the enemy’s defenses. Has a very high attack ability and is not afraid to be on the front line alone.

B. Rogue
This cold-blooded beauty with her twin blades is ready to take the life of her enemy from the darkness and silently. There are only two words that can be described from Rogue… Agile and Deadly!!

C. Samurai
A true fighter with honor above all else, without fear he swings his two swords like a painter on a canvas, his sharp eyes seem to snatch lonely souls in the dim twilight.

D. Seer
Don’t be fooled by her beauty, even the ruler of the universe can be subdued by her magic power. This controller of light and darkness can easily deceive his opponent with all his abilities. 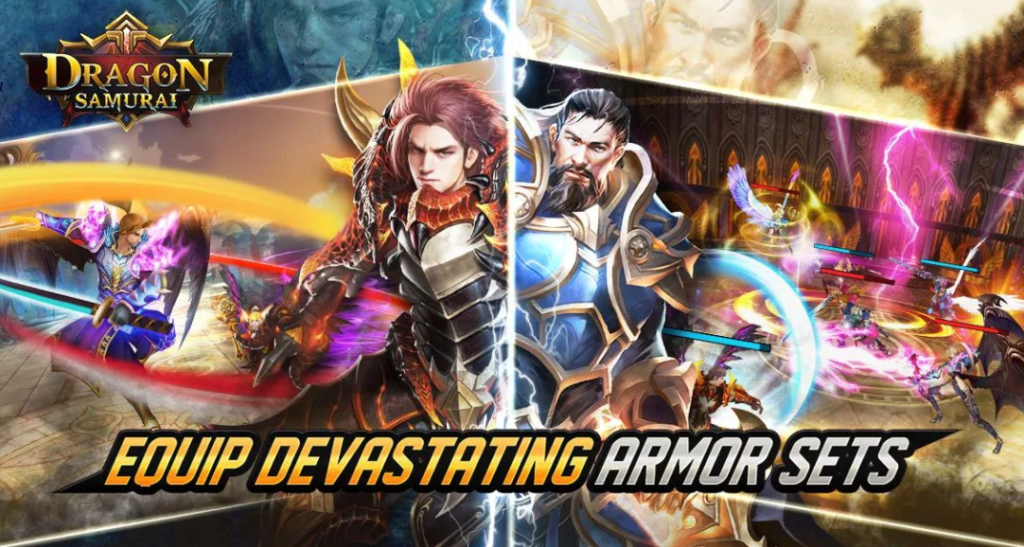 World Of Eliem
The Main City in the game with various activities centered in it such as Dungeon, Multiplayer and designed with a charming Middle Earth theme.

Graphics and Visual Effects
With designs made by a team of top-notch people, presenting very sharp and attractive image quality and effects, the visuals of Wings and Aura from the characters are also not arbitrary, all aiming to provide the highest satisfaction to every player who plays. 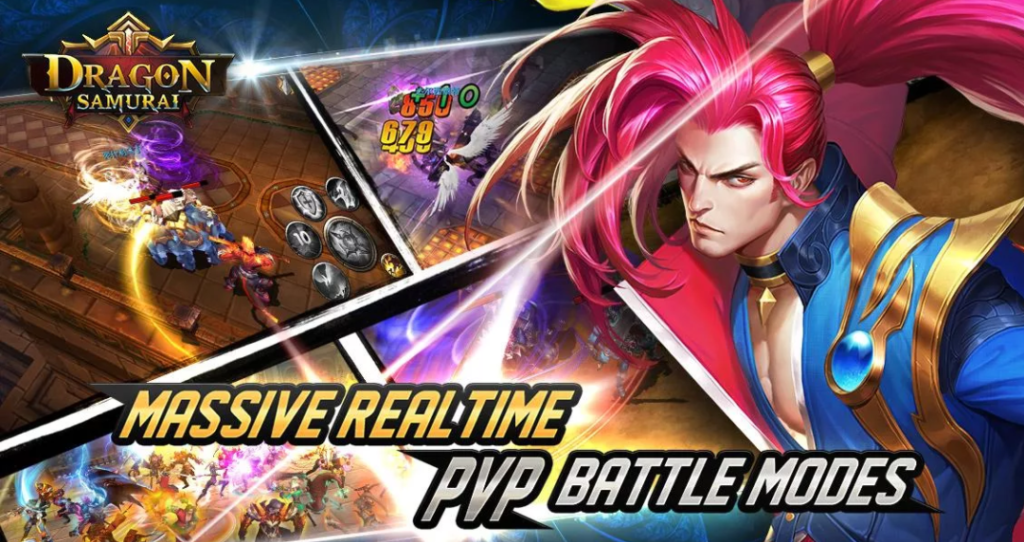 Guaranteed to fulfill your competitive desires whenever and wherever you want with your hangout friends.

Ally System
You can bring 2 allies in every battle, they function to help you in every way on the battlefield. Equipped with unique skills, their abilities cannot be underestimated, and their designs are based on an interesting culture that will surely impress you.

Story Mode
Dragon Samurai also features a Story Mode where you can explore the universe with various obstacles for the sole purpose of becoming the best in its class. Besides that, you can also get rare items from Boss Monsters that you can defeat here.

Town Area
For new players, they can take the story and event modes to get new features and items to add to their strength. Every player in the city can check and upgrade their equipment, take or complete quests to earn EXP and Rewards. Players can also access Chat so they can communicate with other players.

Game Modes
o Story mode: Here you can follow the story of Dragon Samurai. To get EXP, and more after completing the requested quest.
o Tourney: The biggest opportunity for those of you who are competitive at heart, here you can compete in any form.
o Events: Events and Permanents have been scheduled where you can do it alone or with your friends to get items and other prizes.

Game Control
There are 2 ways to control your character in the game, including:
Manual mode: Players can control their character by means of an analog tap on the screen display
Automatic mode: Players can also leave their smartphone behind and the character performs the battle automatically.

So what are you waiting for? Join us in Dragon Samurai!!!