Challengers! This time we can see the action of Mina -The Reaper Queen-A Tank Class Hero who can control enemy heroes well! All you have to do is sweep the enemies with Mina’s scythe> Top up: https://kiosgamer.co.id> Download: https://moba.garena.co.id/main/game/download?c=facebook_main> Website: https://moba.co.id/> Instagram: https://www.instagram.com/garenamobaid /> Youtube: https://www.youtube.com/channel/UCBVBGNrag1o-V08vwYzoIwg

Mina opened her mouth to answer, but she couldn’t make the slightest sound. Hunger after not eating for 2 days and the effects of the medicine and black magic slowly finished what he had in mind.

Mganga the Voodoo Jester looked at Mina with satisfaction. He could tell that he was nearing the expected end result. The experiment far exceeded his expectations.

“You have to endure a little longer, my dear,” said Mganga as he put down his gear, «one more day and you will be reborn,» But he didn’t notice the wide gap in the rope that bound Mina.

“Your turn now Do you want to live or die? ”

Mganga is caught off guard by a voice behind him.

“It’s not time yet… how can you…” Scythe Mina stabbed him before the Voodoo Jester could finish his words. Meanwhile Veera, who had been watching the scene in silence, finally made a move when Mina’s slender hand easily pushed away her scythe. Mina’s savage eyes softened under Veera’s charm.

Veera is happy with the result and Mganga is getting what she deserves. As for Mina… her identity and unspeakable secrets are buried along with the remains of the lab and Mina who is bowing before Veera is now the Dark Lord.

“Only those who live fear death.” 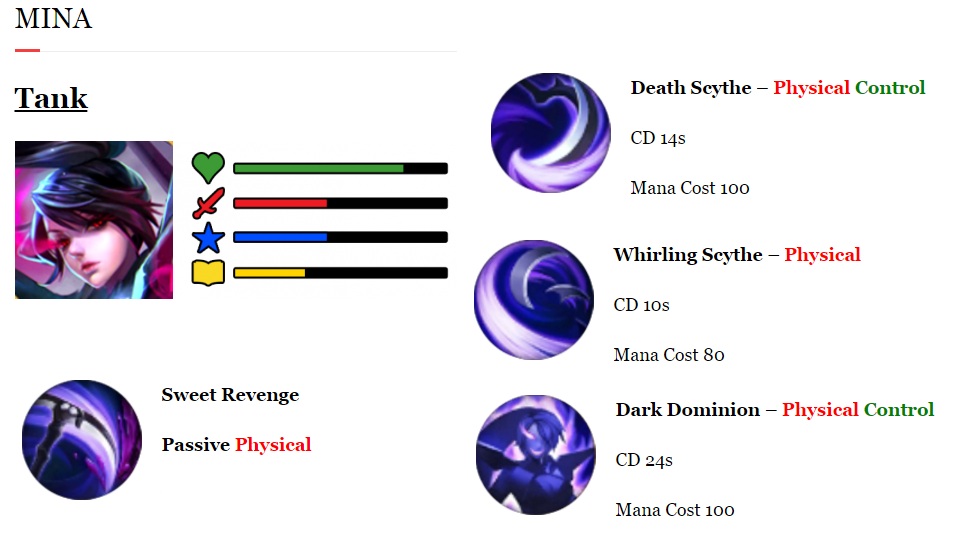