Grakk is known for its brutality. As a butcher, he chained the spirits of his prisoners and tore apart the rebellious spirits with his teeth to torture them. But he had to pay a heavy price. His body can no longer digest food other than spirits. He had to eat spirits to get rid of his relentless hunger.

In order to overcome his hunger in peacetime, he must enlist the help of Zephys and Nakroth; the first harvests the spirits while the second pass judgment. All the spirits became his food. After the war broke out, in exchange for Grakk’s power, Maloch promised Grakk that he could do whatever he wanted to any enemy he captured.

It was this constant predation that had made Grakk a war enthusiast. With each spirit that was swallowed, its power grew. What he couldn’t devour, he forced them to become part of the Fallen to fetch him more food. 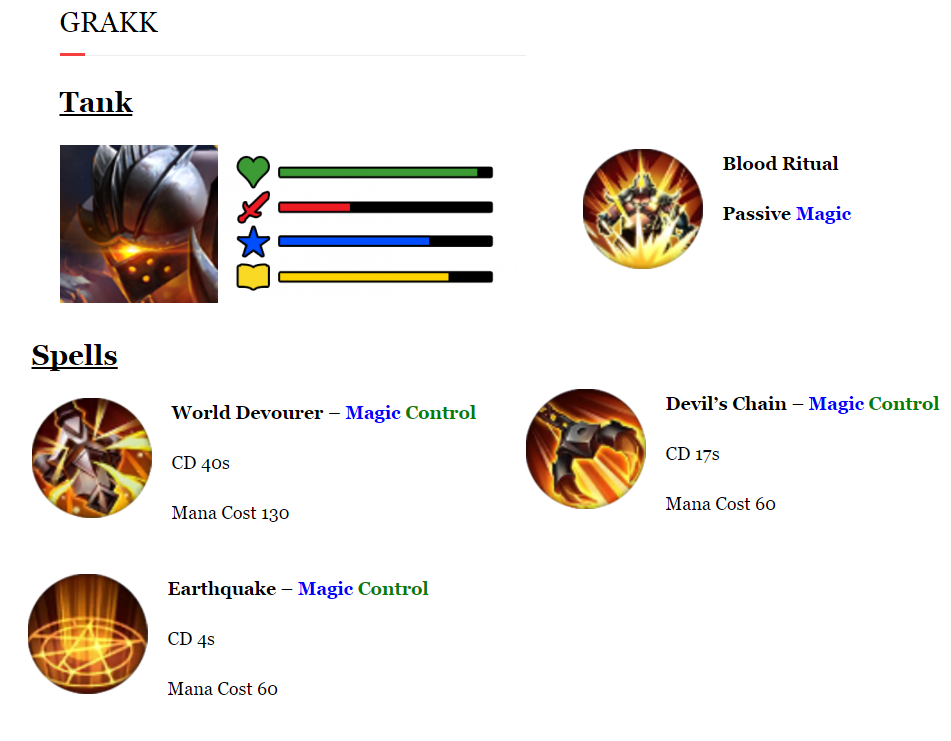