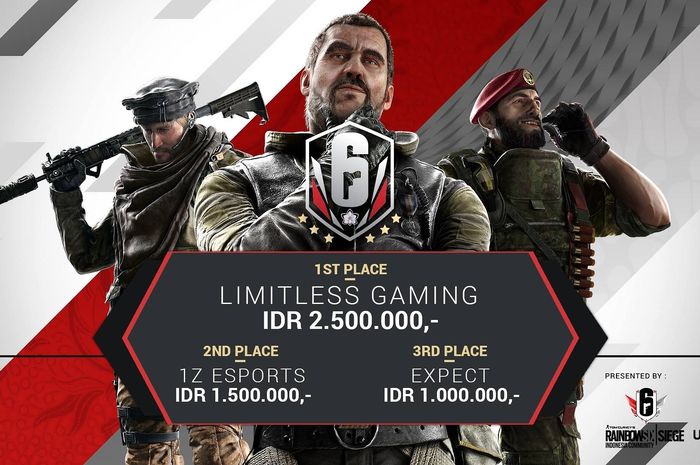 The fourth ISL tournament has finally been held and has found a champion, guys.

LIMITLESS managed to conquer 1z eSports in the final of the R6S ISL4 tournament with a score of 2-1 and is entitled to become the champion.

Previously, LIMITLESS and Good Gaming Squad (GGS), which is a team in collaboration with Good Gaming Shop, fought for the position to advance to the finals.

When the tournament was held by the Indonesian R6S community, there were not a few matches whose results were unexpected or unpredictable.

No one thought that GGS would lose, because the team was strengthened by the best Indonesian R6S players who previously played for Aerowolf, Scrypt, and Gosu (R6S team from South Korea). In addition, Ferox eSports, which was the champion of R6S in the Indonesian qualifying Run ‘N’ Gun tournament, also had to lose to GGS.

iNation eSports, which is one of the senior teams in the R6S world, also had to fall when facing the 1z eSports team that became runner-up ISL4.

This ISL4 tournament event is the last tournament of the Indonesian Rainbow Six (R6 IDN) community in 2022, because in 2022, the R6 IDN community plans to work on its eSport ecosystem to be even more active.

All this thanks to Ubisoft’s increased support for working on eSports for games R6S in Indonesia.

Next year, it is planned that the rankings of professional players will be used for tournaments on a larger scale than the Indonesia Series League.

Another plan, the R6S community will also work on a number of Rainbow Six tournaments on a regular basis offline which is also directly supported by Ubisoft or other new R6S community partners.