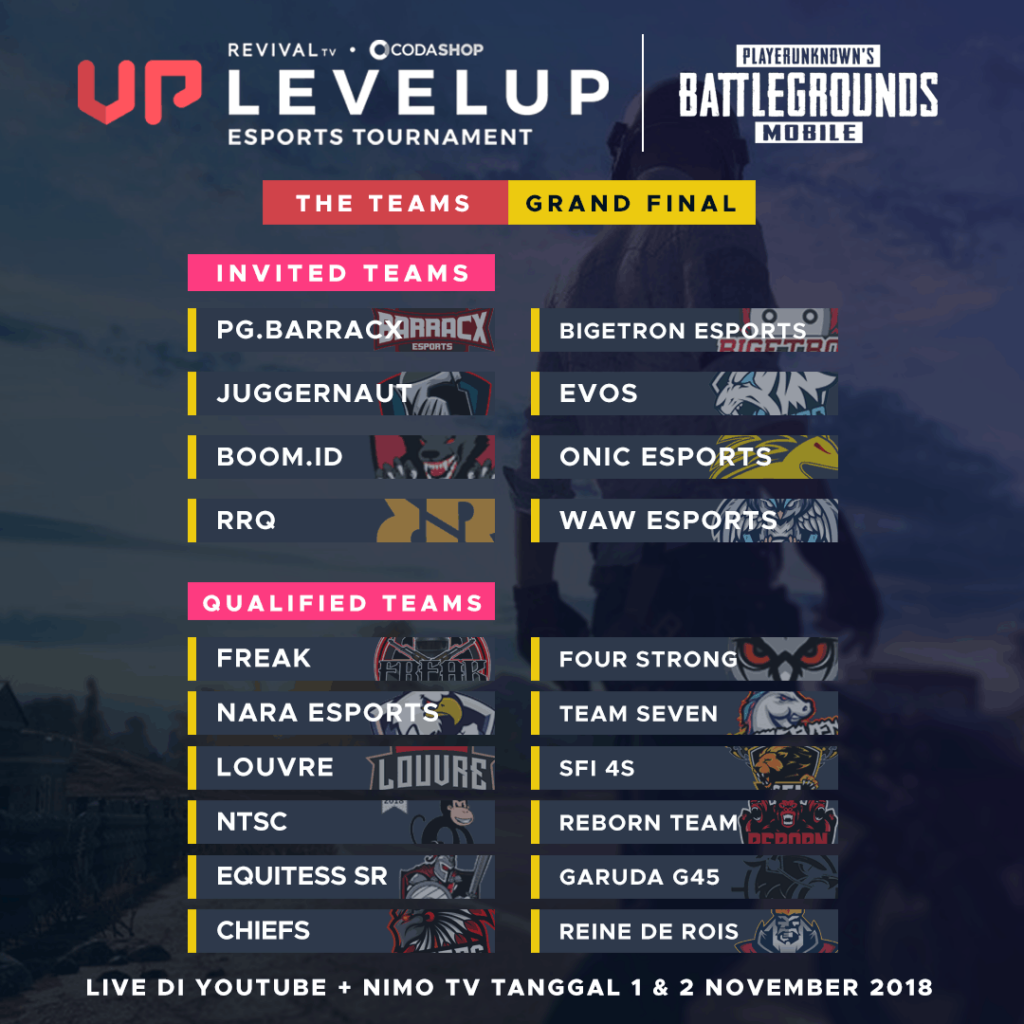 The list above is the teams that will take part in the Grand Final round in week 5, which will start on Thursday 1 November 2022 until Sunday 4 November 2022. There are 12 PUBGM teams that have passed the two waves will compete in the grand final together 8 teams that get direct invites.

The following is the Live Streaming schedule for the Grand Final Level Up! PUBG Mobile Esports tournament

Make sure you don’t miss the Grand Final event later, because there will be free UC & Diamonds. The total that will be distributed to the audience is around 3 million rupiah per day.