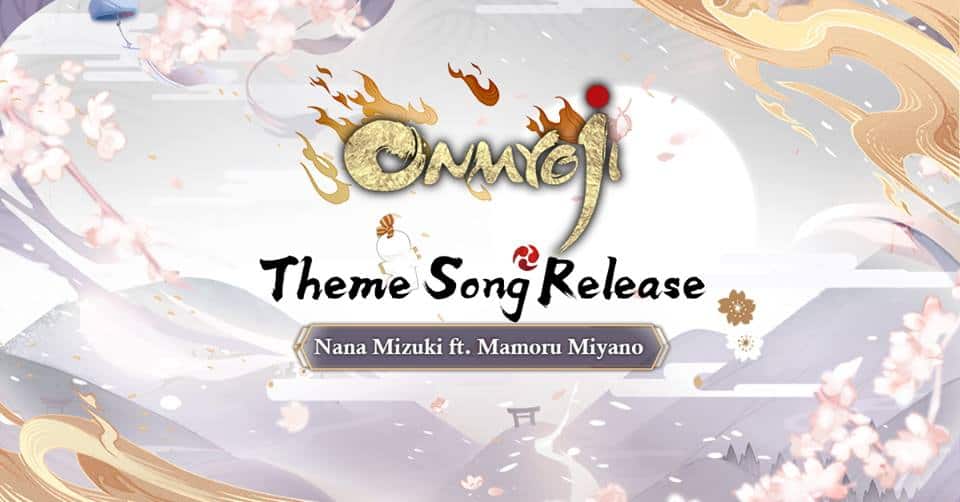 Hiromasa, Ootengu, Mannendake also formed a flute trio, Maestro performed with kotoOf which he was proud, Mouba, the cute little girl, played the harp and the strings made a beautiful sound to hear. Here at Heian-Kyo today, soothing music wafts through the air. Could something good be waiting behind the scenes? Correctly! Theme song for mobile games famous, Onmyoji now in production for you to listen to!

With company King Records who work together, theme song Onmyoji, “Kekkai”, sung by Nana Mizuki and Mamoru Miyano is now officially in production. Popular Japanese singer who also works as voice artist, Nana Mizuki who has voiced Aoandon and Momo in Onmyoji mobile game! And this will be his first original music collaboration with voice actor who is also very popular, Mamoru Miyano! We invite you to look forward to the excellent songs sung by these two amazing artists! What beautiful melodies can we expect from the collaboration between Nana Mizuki and Mamoru Miyano? Stay tuned and stay tuned for further announcements about Onmyoji mobile game theme song! 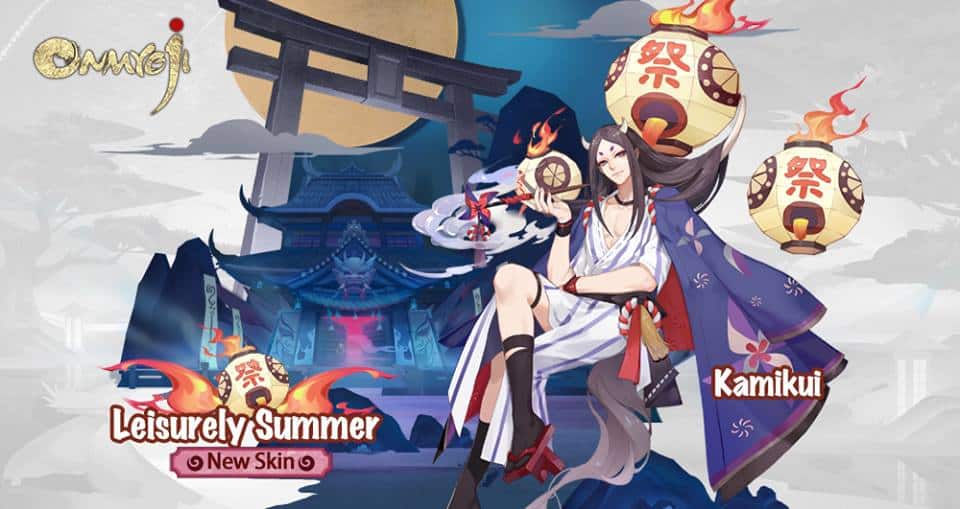 Skins new Kamikui is coming! With a floating lantern behind him and a smoking pipe in his mouth, Kamikui was enjoying life with yukata new. Her slender body is equipped with yukata comfortable, her long, smooth hair made her look even more elegant.

Kamikui is Shikigami R which is quite famous among the players Onmyoji mobile game because of the shape of the character is beautiful. According to his mythology, Kamikui is known for secretly cutting human hair, especially when his victims are unknowingly engaged to be married. ykai, spirits or other supernatural beings disguised as humans. This hair cutting attack is intended to delay or prevent marriage between humans and otherworldly beings.

Slowly exhaling smoke from his mouth, Kamikui smiled and spoke softly, “Come, be a part of my beauty!” Skins Kamiku admits “Leisurely Summer” is coming Onmyoji! Skins will be available in skin shop after the game update on August 15th! 20% discount for the first week! 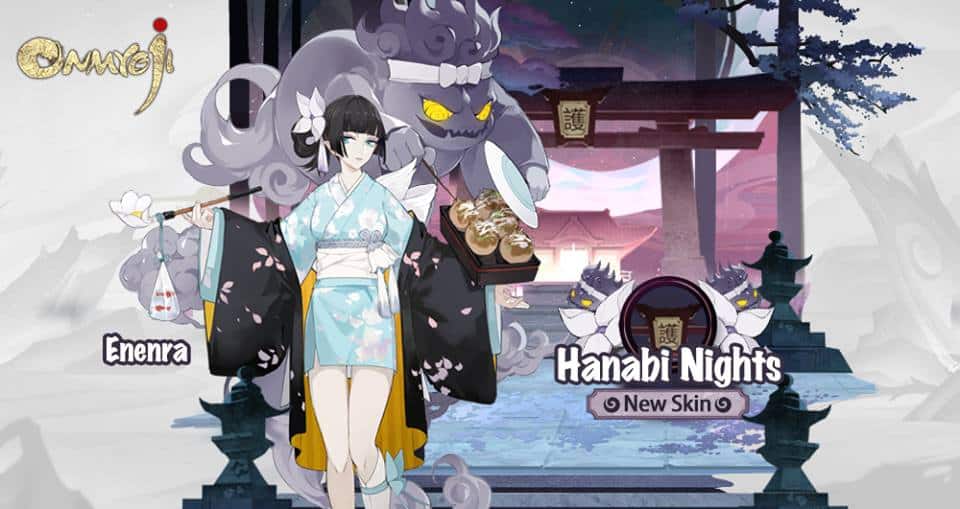 Skins New Enenra is coming! Summer festival in Heian-Kyo continued, with fireworks lighting up the sky and lanterns lining the river. Even the mysterious Enenra had tied up her long black hair, changed her costume into a bright blue yukata and was enjoying the festive night.

Based on the original mythology, Enenra was ykai or a demon made of plumes of smoke, which rises to the sky from the fire that burns the woods, like takibi or bonfires used by farmers to dispose of the remains of their crops. As the smoke rises, human-shaped faces sometimes appear and disappear within seconds.

Attracted by the delicious aroma, this smoke ghost seems to want to take a bite takoyaki! Skins Enenra’s new “Hanabi Nights” is coming to Onmyoji! Skins it will be available at skin shop after the game update on August 15th! 20% discount for the first week!