Anyway, it’s like Guitar Hero. Got it for sure.

Rhytym Game itself is essentially a game that asks us to press the keys according to the rhythm of the song.

Well, we have to be able to press all of the moving keys without missing anything.

The challenge is, at a certain level the keys will move very fast and even have more and more numbers.

Also Read: Not Only Gaming YouTubers, Kimi Hime Is Also Good at Doing This!

This rhythm game has many fans. Most players feel that this game can train reflex speed and focus.

Now for you K-Pop lovers and want to try playing rhythm games, here is a game that does provide special songs from K-Pop artists.

Come on, just take a look! 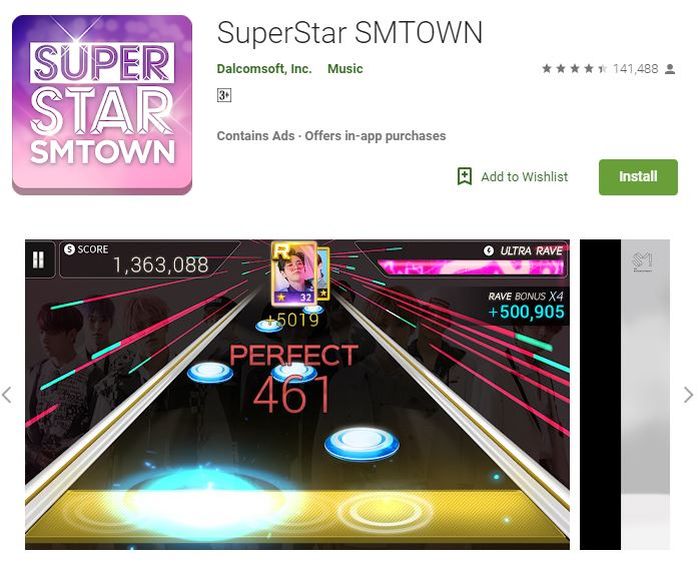 The first is SuperStar SMTOWN by Dalcomsoft Inc.

As the name implies, this game provides special songs from the biggest artist agency in South Korea, SM Entertainment.

In this game you can play accompanied by songs from SM artists such as SNSD, Super Junior, EXO and Red Velvet.

You also have to collect a lot of cards that have each level.

The point is the more often you play, the higher the score you get, the more cards you can get. Because it was born from the same developer, Dalcomsoft, this game also has similar features.

The difference is in the songs provided. Of course, songs from Pledis artists such as Seventeen, Pristin, NUEST and the legendary group After School.

Also Read: This is the History of the Development of eSports in the World Up to Indonesia 
It’s still from Dalcomsoft. Dalcomsoft is really good for K-Popers.

This time we have songs from JYP Entertainment.

The existing features are more or less the same as those of SM or Pledis. The point is to keep playing and collect cards to the highest level.

Now the artists from JYP themselves include 2PM, 2AM, GOT7, Twice, miss A and the legendary girl group Wonder Girls. 
Well this one is not made by Dalcomsoft, but XD Network.

This special game for artists from YG Entertainment actually has features similar to Dalcomsoft’s.

It’s just that the appearance and graphics of BeatEVO YG are definitely different.

They also have several different difficulty levels for you to play.

The songs that exist of course come from YG Ent artists.

You can play songs from BIGBANG, Blackpink, 2NE1 WINNER, and iKON in this game. 
From the name, you know what this game is all about.

Yes, this game, which is again from Dalcomsoft, this time is specifically for BTS.

For you BTS fans, I think it’s mandatory to play this game.

You can play all BTS songs in this game. Starting from the oldest to the newest.

You also have to collect all the cards to the highest level.

That was a K-Pop themed rhythm game that you can play.

For those of you who are not K-Popers, you can also play the games above.

Who knows, maybe K-Popers too…

Read also: Here is the list of games that won the British Academy Games Awards 2022