Final will be held in Seoul, South Korea

Com2uS has opened the official SWC 2022 website on the 22nd. All detailed information regarding each preliminary tournament is submitted through the official website. SWC 2022 will be hosted on a regional cup system, with a total of 3 Cups – America’s Cup, European Cup, and Asia-Pacific Cup. Summoners will compete in online/offline elimination tournaments from each region to be able to continue to compete for trophies. Representatives for each cup will be chosen thereafter.

Summoners can register to participate via the in-game registration page until July 4, and will be selected based on the results World Arena Season 5. 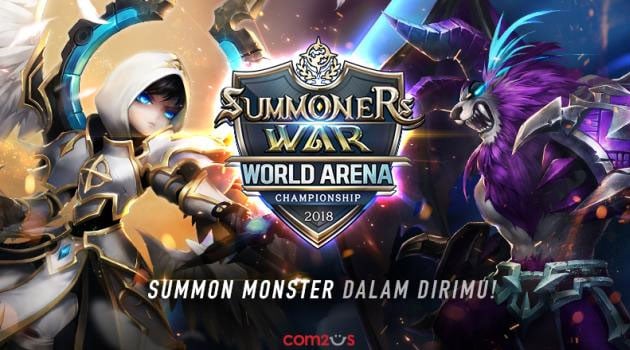 The Asia-Pacific Cup, in which Korea, China, Japan, Taiwan, Hong Kong, Southeast Asian countries, Middle East, Oceania and others are participating, will go through a further divided preliminary round, so that many Summoners with various advantages can appear in the competition. All tournaments, including the preliminary rounds will be broadcast live via YouTube and various other official media.

SWC is a global game culture festival where players can share the fun together. This year is the second time the SWC has been held. These tournaments provide a platform for interactive communication that allows viewers and participants to enjoy game content together.

Representatives from each region will compete against each other in fierce battles, featuring the most exciting gameplay advantages for not only high-level players to enjoy, but also other players who prefer to watch.