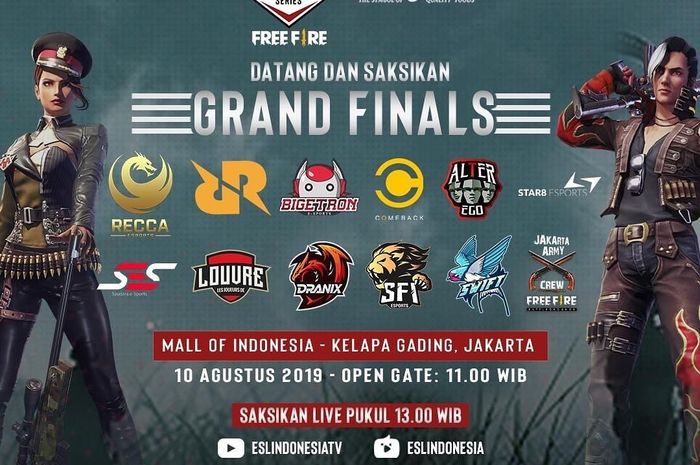 This time, ESL made a tournament event from the Free Fire game.

The following are the results of the ESL Jagoan Series Free Fire standings.

Team Dranix eSports became the first winner of the ESL Jagoan Series with the acquisition of 2005 total points.

Followed in second place is the Bigetron eSports team, namely the Bigetron BGL team with a total of 1490 points, far from Dranix eSports points.