Live Learning and Win a Total Prize of USD40,000

(Jakarta, August 27, 2022) Want to learn to be a professional gamer and get a total prize
USD40,000? You can! Cube TV, the live streaming gaming app, launches Cube TV
Masterclass on August 13th and has already managed to attract the attention of hundreds of thousands of gamers on
Indonesia every day. To date, more than USD 20,000 (approximately Rp.291 million) from
a total prize of USD 40,000 (approximately IDR 583 million) has been won by the participants. 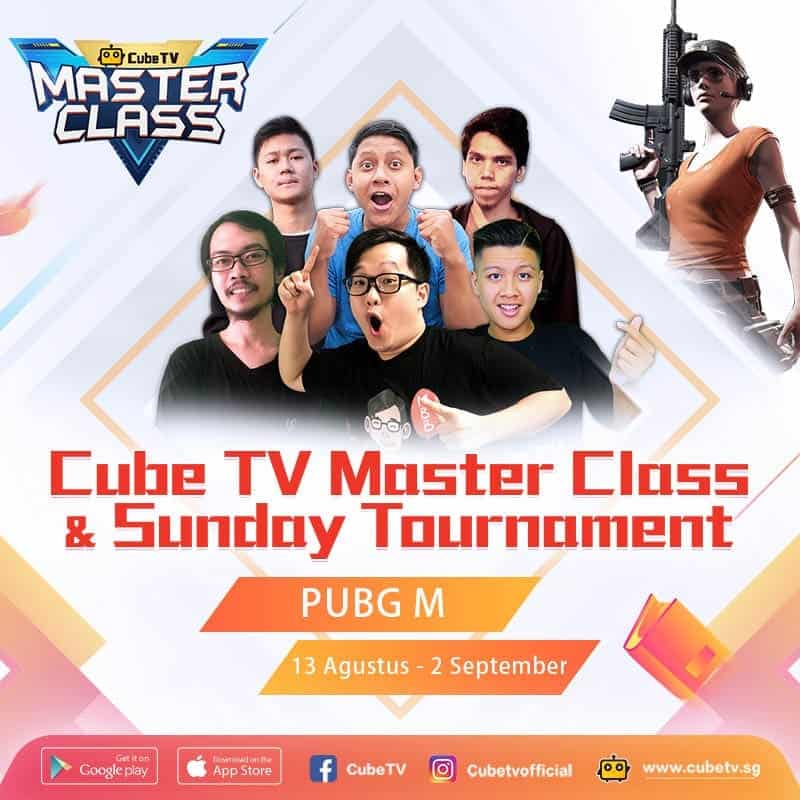 Cube TV Masterclass led by 12 professional gamers as Coach to discuss two
online games: Mobile Legends (ML) and Player Unknown Battle Ground Mobile (PUBGM). Not
just learning, every Sunday, the selected participants can follow Cube TV
Masterclass Sunday Tournament to play with the Coaches and compete against each other
compete for a total prize of USD 27,000 (approximately Rp. 393 million).

“This Cube TV Masterclass Sunday Tournament is really fun! We have never known and played
together before but can win as a team. This is proof that Cube TV has succeeded in becoming a place for
unites gamers from all over Indonesia”, said Randika, Coach Mobile Legends Cube TV
The successful masterclass led his team and won USD5,000.

The Cube TV Masterclass was indeed attended by various groups, both from the participants and from
the coaches. Coach Fanji Giovani, for example, is a police officer in Riau province who
helped users to become better gamers in the Mobile Legends game.

“The Cube TV Masterclass program is really good and doesn’t exist in other applications. I’m proud to be
participate in this program,” said Fanji.

Aswin Atonie, Head of Marketing for Cube TV, said he was satisfied to see the positive response from gamers
and Cube TV users in Indonesia.

“Every day, more than 150,000 people take part in the Cube TV Masterclass, even
reached 200 thousand when the Sunday Tournament was in progress. This is a great achievement,
but this is only the beginning. In the future we plan to add more types of games
and the number of prizes from this program,” said Aswin.

Aswin also added that Cube TV believes it can find the seeds of eSport athletes
new in Indonesia through this program.

“The Cube TV Masterclass isn’t just about quantity, it’s quality. Cube TV fun
Masterclass Sunday Tournament is a clear proof of the quality of Indonesian gamers. Cube
TV is very proud to be able to motivate new Indonesian eSports athletes who are ready to compete
continue to be committed to supporting the gaming industry in Indonesia”, concluded Aswin.