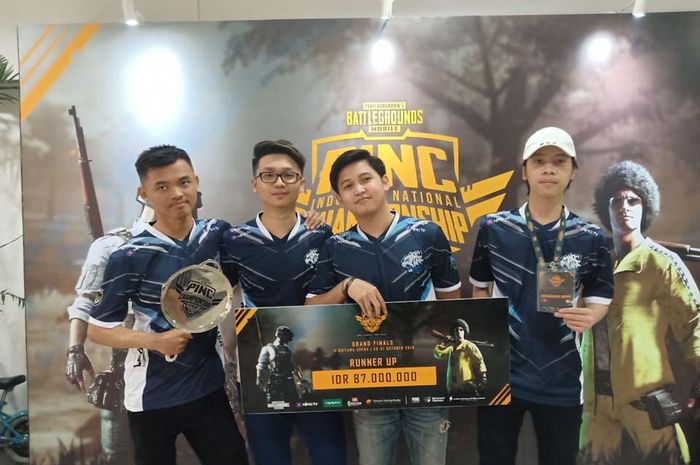 GridGames.ID – Operator 3 Indonesia supports the ambitions of young Indonesians, this time through the Creator Reborn program.

This is an event to give birth to creative creators and e-sports squads for young people throughout Indonesia.

The prize is Edutrip to the USA and millions of rupiah in funds! Crazy, right?

“Through this activity, we also want to spread enthusiasm and education on the use of internet access and digital technology to process ideas into digital-based creative works and develop talent,” said Dolly Susanto, Chief Commercial Officer 3 Indonesia, in a statement as quoted by Nextren.

Also Read: Must Know! This is How to Meet Live Zombies in PUBG Mobile Season 5

Creative works include Dance Music and Short Movies which will be selected by 3 Indonesia and experts in their fields.

As information quoted from Nextren, the 10 best works from each category will be selected to be the two best creative works based on technical selection and win a trip to the prestigious world-scale creative industry event in the United States.

In addition, they will also have the opportunity to be voted on to become the favorite winner.

In addition to creative work, a talent development platform that has great potential for digital economic growth is e-sports competition, a sport that contains online games in it.

“This event was held to provide positive inspiration for online gamers to improve their hobbies and talents to become professional gamers with brilliant achievements, as well as to spread the value of sportsmanship,” said Dolly.

The online game being competed is PUBG Mobile which is being favored by young Indonesians.

The competition begins with the squad selection stage in 36 cities until the final at the BimaDay event.

Also Read: Horrible! This is the appearance of the leaked PUBG Mobile Zombie Mode Map

The winning squad will receive a cash prize of Rp 63 million and also participate in a bootcamp with the PUBG Mobile Division EVOS e-sports team.

EVOS is a professional club for top e-sports players from Indonesia whose achievements are worldwide.

The Creator Reborn competition is a series of activities from the main program, namely BimaDay which will take place in May 2022 in Bandung.

BimaDay is a celebration of creativity and the actualization of young Indonesians who have big ambitions in the creative industry.

Also Read: This is the Appearance of PUBG Mobile Season 5 which leaked on the Internet

This event is also the final of the E-Sport competition and the selection of Dance Music and Short Movie creative works that have been selected by the jury.