GridGames.ID – North American eSports team organization Cloud9, has announced a new contract for the creation of the VALORANT eSports team.

Interestingly, all the roster in the team are girls, you know!

Also Read: After a 2 Year Vacuum, Cloud9’s Dota 2 Division Comes Back This Year 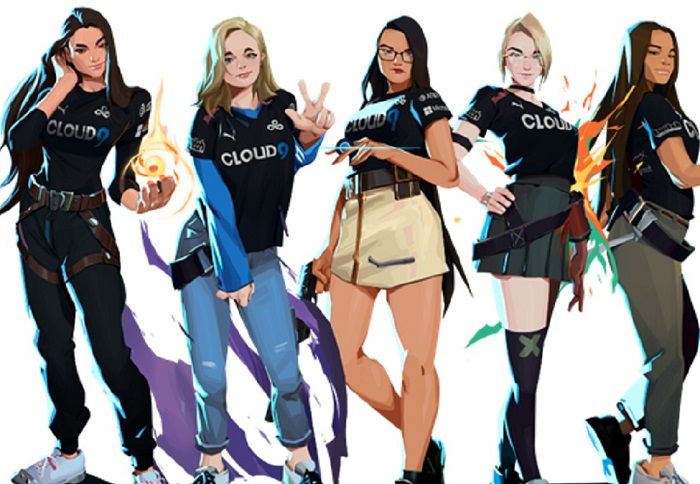 In addition, the all-male eSports team from CLoud9 will also carry the name ‘Cloud9 Blue’.

Along with revealing the list of new players, they also said they had expanded their partnership with telecommunications company AT&T.

This expansion of cooperation will also make the company officially a sponsor of Cloud9 White.

Gaylen Malone, Senior General Manager at Cloud9 said that what stood out the most about MAJKL was that they had to work hard to perfect their gameplay.

Not only that, he also said that the eSports team consisting of women must compete as a unit.

“They are a talented group of women who have come together, with the goal of being the best in the game and committed to doing what they do best.”

“Watching them improve in just the last few months is incredible.” Together with AT&T, Cloud9 currently has a total of ten partners including BMW, EPOS, Kaiser Permanente, Microsoft, PUMA, Red Bull, Secretlab, and Twitch.

What do you guys think about the formation of the new eSports team from Cloud9, all of which are made up of girls? Comment below yes!