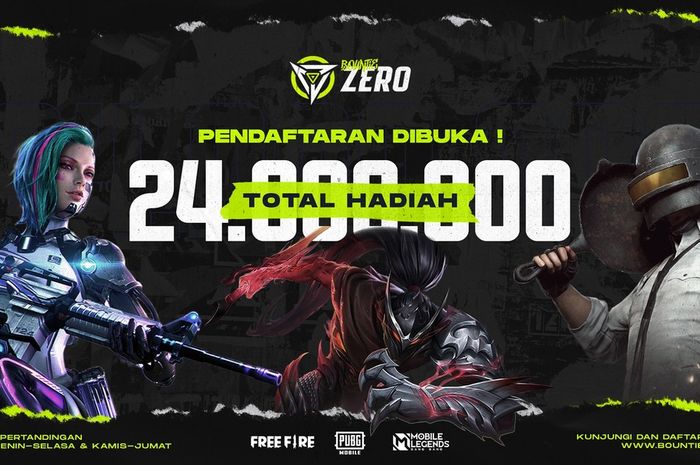 The eSports tournament titled Bountie Zero will compete against MLBB, FF and PUBGM games with a total prize of tens of millions of rupiah.

GridGames.ID – Bountie has held a series of eSports tournaments specifically for amateur players in Indonesia, titled “Bountie Zero” which started on September 10, 2022.

The plan is that the tournament series will continue until the end of the year in December 2022.

This season of eSports tournaments will offer something new and exciting in Bounty Zero and is targeted at helping amateur players to improve their skills and achieve their dream of becoming a professional-player.

Bountie Zero itself consists of 3 popular game tournaments and runs for more than 10 weeks.

The games that will be competed for amateur players are Mobile Legends: Bang Bang (MLBB), Free Fire (FF), and PUBG Mobile (PUBGM).

Currently, Bountie Zero has entered the third week of the Regular Series which was warmly welcomed by participants from various levels.

Although this tournament was targeted to accommodate amateur players, the level of enthusiasm of those who were already at the semi-pro level also enlivened this series of tournaments.