The game recently announced that it will present a new class ‘Warlock’.

Players can pre-register for a variety of new content starting yesterday (11/1/20). Pre-registration of the latest content can also be done by adding the official Blade & Revolution LINE account as a friend.

Players who have pre-registered receive the +8 Heroic Slaughter Accessory Set.

The new class ‘Warlock’ will be available and you can use it starting May 21.

Also Read: Among Us Becomes the Most Downloaded Mobile Game in December 2022

Warlock itself is a class that uses the power of the underworld to control space and strengthen Ally.

This class can summon a Thrall, which can be used to assist in every battle.

Warlock is perfect for players who want to attack with a variety of ranged attacks and help Ally use Soulburn mode.

To celebrate the arrival of Class Warlock, Netmarble has prepared a special event via social media.

Anyone who shares this news on Facebook and Twitter by including the hashtag will get a chance to win 5,000 Black Crystals. 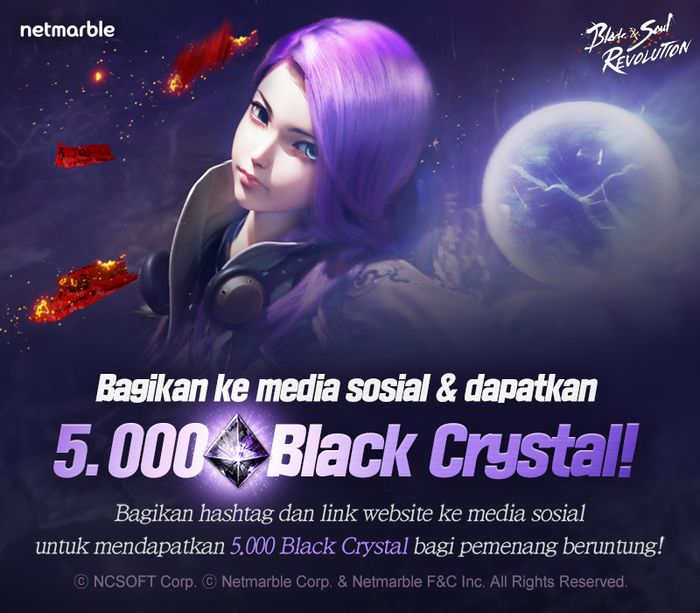 You can tag your friends, like, and share as much as possible to increase your chances of winning in this event.

Also Read: The RUNICPOWER hashtag appears, will it be the next PUBG Mobile event?

In addition to the new Class, players can also enjoy the new content ‘Fishing and ‘Gem’ in this update.

Players can fish in water-filled areas available in each area to get various rewards such as Gems, EXP and more.

Gems are items that can be used to increase stats by installing them on your equipment.

The stats of each gem will be different, so players can adventure to various areas and catch fish to get various Gems with the stats you want.

Not only this event, the winter themed arena event with the title “Snowy Basin” was also presented in the latest update.