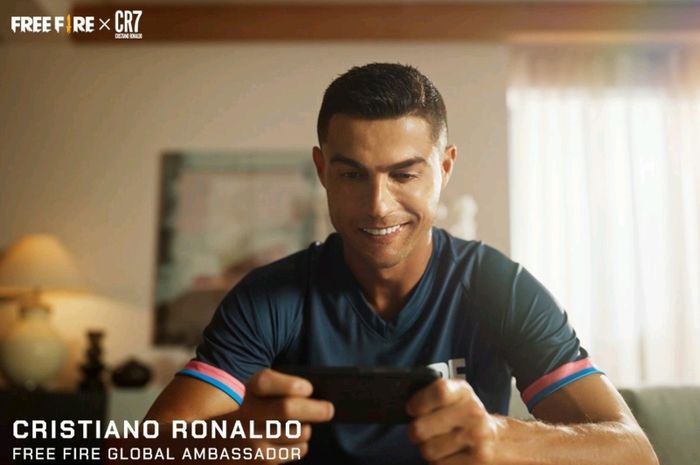 This is one of the biggest collaborations in the video game industry.

In his collaboration with Free Fire, Cristiano Ronaldo himself became a character in the game named Chrono.

“It feels great to not only have a character in a game like Free Fire emulate me, but also to have a universe in the game that was created especially for this collaboration. The Garena team has worked hard to bring many interesting features and elements to Operation Chrono. I hope Free Fire players around the world are as excited as I am!” he said.

Joining this collaboration, Joe Taslim as the brand ambassador of Free Fire Indonesia, showed the excitement of playing the Free Fire game with Cristiano Ronaldo in his latest video ad.

In the video that has been watched by more than 1.6 million people and is ranked #7 Trending YouTube (reached within the first 24 hours of viewing), it is said that Joe Taslim is playing with Cristiano Ronaldo.

Both of them looked frustrated because they always lost and didn’t get Booyah, until finally Cristiano Ronaldo contacted Garena and said to start carrying out the special mission “Operation Chrono” which opened access to his new character, Chrono.

By playing with these characters, they both hope to win the game.

The character Chrono will be here with a futuristic metropolis themed universe that will change the appearance of playing Free Fire to be more interesting.

However, being victims of this messy and chaotic universe, people have lost their will to live and have finally given up on fighting.

Through Operation Chrono, this character is present as a hero figure who saves people from danger and becomes an inspiration to the fighting spirit for many people.

Watch the special opening event via ingame (you can download the game for free for Android and iOS), or you can also watch the recap of the event on the official Free Fire Facebook account.

Previously, Free Fire players around the world were invited to complete missions to open access to Operation Chrono.

A portal that will change the world of Free Fire is broken, and all players are asked to help and fix it.