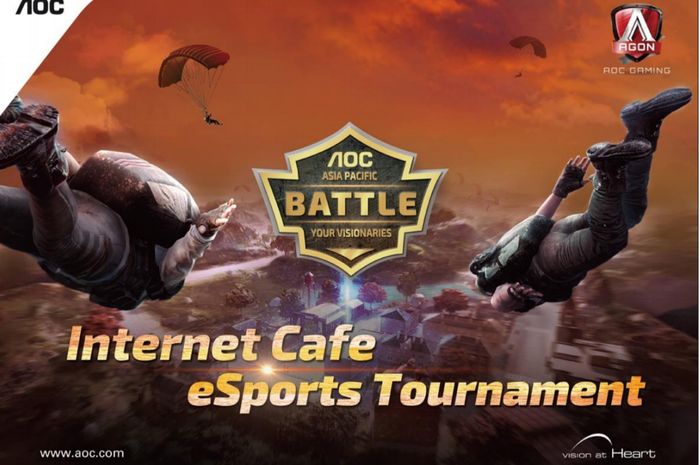 GridGames.ID – Electronic product brand, AOC Monitor, will hold a Pan-Asian Internet Café eSports Tournament which will be held simultaneously in countries in Asia

This tournament chose PUBG as the game to be competed and will be held in Indonesia, Thailand, Malaysia, Philippines, Vietnam and many more.

Later, the winners of this tournament will represent their country in the international grand final which will be held on September 4, 2022 in Chengdu, China.

AOC Gaming will provide coverage for the PUBG league including live streams on YouTube, Twitch, and other platforms so PUBG fans can watch their favorite team live.

The following is a list of prizes that will be won by the winners: