JAKARTA, INDONESIA — November 7, 2022 — All Challengers are asked to put a reminder on the calendar right now, because the ANC Season 2 Grand Final competition will soon be held. The tournament on November 10 2022, at Sasana Budaya Ganesha can be watched live FREE and will distribute various prizes and present special interesting shows just for those of you who attend. 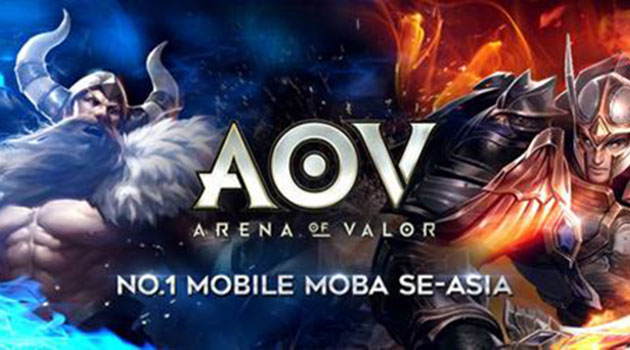 Here are 5 important reasons why you should come to the 2022 ANC Grand Final:

The distribution of thousands of free merchandise has become a must in every tournament presented by Garena AOV Indonesia. The first 1,000 Challengers who come to the Grand Final this time will be spoiled with ANC merchandise tote bags containing ANC exclusive T-shirts, ANC clappers. The entrance will open at 09.00 WIB. So make sure you come early to get the merchandise!

Besides merchandise, another important reason to come in person is the chance to win cool door prizes starting from 5 AOV Vouchers worth 100 thousand rupiah, 5 Power Banks to 3 Oppo Mobiles (series F3, F5 and F7). For Challengers who are unable to attend, don’t worry, you still have a chance to get door prizes online. Watch the excitement of the match via live streaming on the link aov.co.id/anc2live and get the door prize code. 2 OPPO F5 phones are ready to be distributed to those of you who are lucky.

Your favorite cosplayers will be here to enliven the event this weekend. Take a photo together at the ANC Grand Final photobooth, upload the photo to your Social Media with the hashtag #MagicalANC #ANCGrandFinal and pocket free Crystals. To add to the fun of the photobooth, there are 3 rubies that will be distributed to 3 people with the most magical photos. This ruby ​​distribution will be held at the end of the event. So don’t go home early and miss the ruby!

There is something new in this season’s ANC Grand Final, namely magic performance by Princess Rizuki and GM Enjoy. Rizuki’s magic ability cannot be doubted, but what about GM Enjoy? Come on, instead of being curious about the magic action of these two Game Masters, come and watch it only at the Grand Final of ANC Season 2.

In addition to AOV which will pamper Challengers with various prizes, Shopee will also share prizes that are no less interesting. Join the mini games provided at the Shopee booth and win Mobile Samsung S9, Xiaomi Pocophone F1 until JBL speakers. Make sure to stop by at the Shopee booth, okay?

In order to celebrate Hero’s Day, Garena AOV Indonesia has also prepared an infinite number of Homeland Boxes which will be distributed to all challengers who come. With this box, you can choose one of the original Indonesian heroes or permanent skins worth 300 thousand rupiah.

Participating in enlivening the event and accompanying the excitement of visitors, the sponsors of ANC Season 2 also held special event promos:

AOV National Championship Season 2 powered by Shopee as Title Sponsor, as well as AXIS and Game.ly as Main Sponsor.

Randu Zulmi, Head of Youth Marketing Communication at XL Axiata said, “AXIS as a brand for youth wants to keep trying to reach and support young gamers in Indonesia. We hope that this event can embrace more gamers and mobile game fanbases in Indonesia.”

Sure, are you still willing to miss this golden opportunity? Come on, for Challengers in Bandung and its surroundings, clear your weekend schedule right now and come watch the ANC Season 2 Grand Final live!